THE JOURNEY AT SOCCER ASSIST

GET TO KNOW OUR SOCCER SQUAD

October 2014 was the birth of Soccer Assist as co-founders Tyrelle McLeod-Bentley & Junior Osei-Tutu sat in their dorm room in West Virginia discussing the lack of support they received from their scholarship agency.

Travelling to another country may seem to be a daunting experience, but with Soccer Assist, you will feel at ease. The guidance and tailored support services will allow each student-athlete to reach their maximum potential and surely make an impression. With experiences of playing in the U.S, the staff have achieved Academic Honors, National Championships and have competed at the professional standard. Now it’s Soccer Assist’ turn to guide clients to do the same; as with the right support, anything is possible. The foundation of Soccer Assist is based on providing world-class soccer scholarship experiences to aspiring student-athletes. 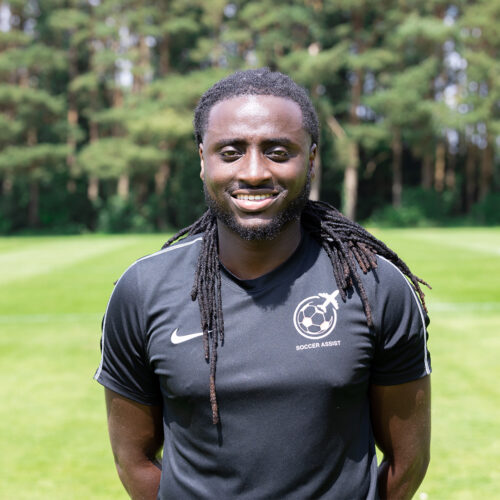 After successfully completing a Bachelor of Arts degree, in Business Management, at Walsh University (Ohio), Junior moved back to the U.K. to co-found Soccer Assist. Soccer Assist is an award-winning scholarship agency that helps talented student-athletes secure U.S scholarships.

Throughout his time in the U.S., and now the UK, he has attained the skills and knowledge required to manage and operate a team. He has successfully built a thriving team of individuals that offer aspiring student-athletes the opportunity to fulfill their full sporting potential and prepare them for their future endeavours.

Junior has been mentioned as one of the Top 20 young entrepreneurs in Startups U.K., featured in publications such as Business Advice and FIFA, and has worked with some of the world’s leading sport brands. 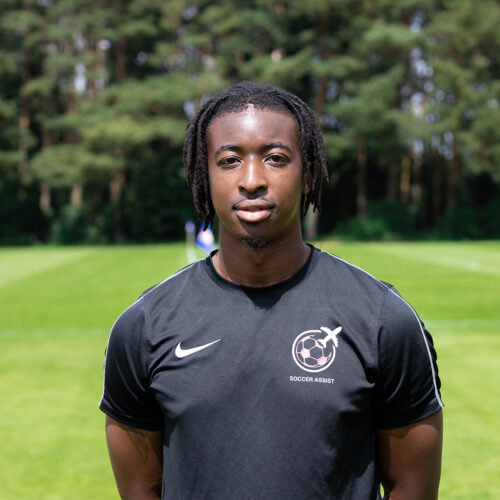 After studying a Business Management degree in the U.S. at Olympic College & West Virginia Tech University, Tyrelle moved on to play professionally in Sweden. In 2014 he was Young Enterprise business award winner and named one of the under-30s rising sport executives in the U.K., by the Sports Industry Group.

Prior to co-founding Soccer Assist, Tyrelle helped many CEOs and entrepreneurs to build illustrious businesses working for the Supper Club, part of Prelude Group in London. 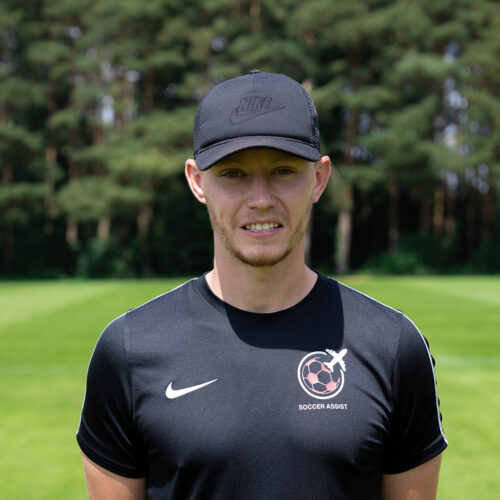 Liam completed his Bachelor of Science degree at Trevecca Nazarene University (Nashville TN); Exercise Science major graduating with a GPA of 3.4. He played youth football within the Rushden & Diamonds setup, as well as spells with Northampton Town, Leicester City and Corby Town. Liam pursued a NCAA soccer scholarship in the U.S with Muskingum University (Ohio), before transferring to Trevecca Nazarene University in 2014. He achieved an academic honours including: Deans List 2015 & 2016.

Liam has also completed the ‘Young Apprentice Programme’, which provided himself the skills and confidence of coaching and mentoring young people through sport.

James completed his Business Administration degree at Wayland Baptist University (TX) graduating with a 3.4 GPA while also being a part of the NAIA National Championship side in 2017. He had a Youth team scholarship for Torquay for two year which saw him play Manchester Utd in the F.A youth cup.

Before Wayland, James was at an NJCAA Andrew college (Georgia) before moving to the NAIA.

After graduating James coached at NJCAA level for both Men’s and Women’s soccer at Northeast Texas Community College.

James is currently working towards his UEFA B coaching license. 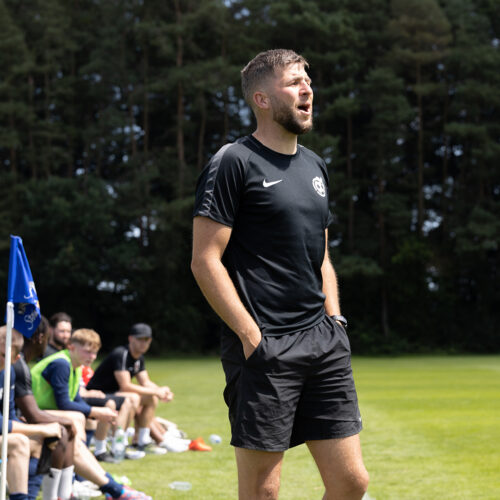 Joe Oxley is a UEFA A licensed football coach, and football production consultant, with 11 years coaching experience; including 5 years within the youth development phase of the academy at Luton Town Football club leading the U14, U15, and U16 age groups.

Representing, delivering and contributing to a progressive coaching program and club philosophy, he has helped to produce several players who have represented their country at youth level, moved to Premier league clubs and made their professional debuts.

Joe has worked on global football projects alongside a number of international players including James Rodriguez, Miralem Panic and Gareth Bale. Working throughout 2017/2018 with Adidas, UEFA Champions League and a host of Europe's biggest clubs including Real Madrid and Juventus.

Alongside this, 8 years of experience developing and co-coordinating award-winning educational programming with the Winch, and The Princes Trust have afforded Joe vast leadership experience, and the opportunity to work closely with groups of young people daily.

This coupled perspective provide him with an in-depth understanding of modern football, and the characteristics and experience to produce exceptional young players and outstanding young men. 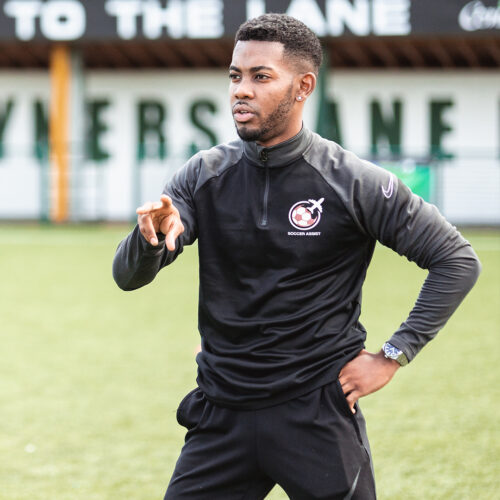 Jordan completed his bachelor of science degree with honours at Reinhardt University (Georgia) in sports studies and business administration graduating with a GPA of 3.7.

Prior to heading over to the States, he had a brief spell with Coventry City, and then went on to play for Sutton Coldfield district and Staffordshire County. 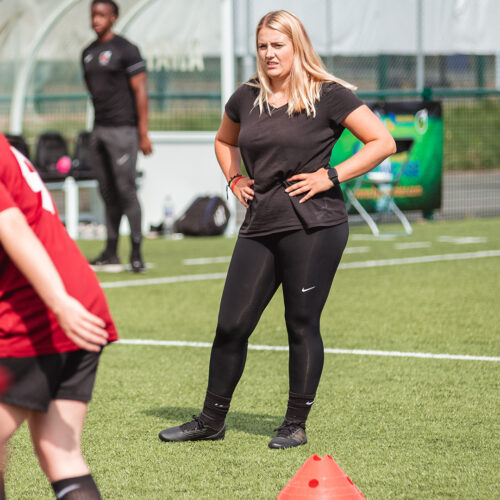 Sophie completed her Bachelor of Science degree in Health Service Administration concentrating in Sports Management in December 2019 with a 3.5 GPA. Following her return to England she moved to Plymouth to work as a PE teaching and boarding graduate assistant. Sophie is currently playing for Plymouth Argyle Women FC in the Women's National League.

Sophie originally attended Central Methodist University in Missouri where they became NAIA Heart of America conference champions in 2017. She then transferred to Middle Georgia State University to complete her senior year and compete in the NAIA Southern states Conference. Sophie was recognised as captain in 2018 and given the team leadership award for outstanding leadership and service to her team, the same year she was on the southern states all-academic team.

Sophie then went on to become assistant coach of the Middle Georgia state University women's team for the 2019 season. 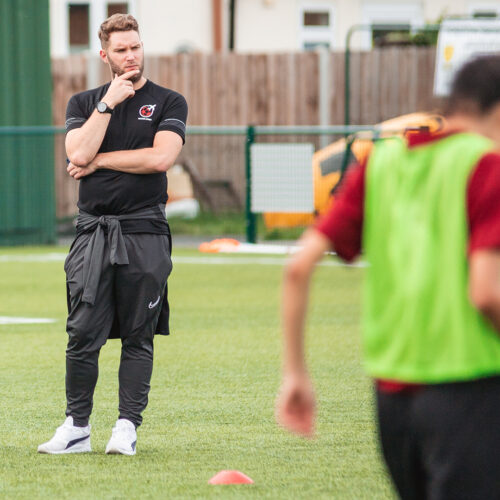 Despite being born in California USA, Xavier graduated at Nottingham Trent University with a 2:1 in Sport Science & Management.

Originally from West London, he has always had a passion for sport and has worked in various coaching roles, both in football and tennis. Having decided to focus on a career in sports marketing he has spent time at various football clubs including Fulham FC and Chelsea FC.

Xavier joined Soccer Assist in January 2021 with a focus on developing the companies global marketing strategy for both U.S soccer scholarships and the International Academy.

To be adventurous, creative and open

SOCCER ASSIST IN THE NEWS

Moments of our journey captured so far.