By Placement Team25th May 2021 No Comments

Though a Roman Catholic institution, students come from all faiths. The University seeks to provide an education that encourages greater involvement in social justice, charity, and service. For example, St. John’s Bread and Life program is dedicated to serving the poor by providing food, services, and support resources.

St John’s flagship campus is situated in the Borough of Queen’s with additional campuses in the heart of the City – Manhattan as well as Staten Island and the Long Island Graduate Center in Hauppauge.

For those interested in learning a second language or immersing yourself in a new culture, a semester-long exchange program is available. The University has international campuses in Rome, Paris and Limerick. They have also developed institutional partnerships with universities around the world. You can find out more about St. John’s international programmes here.

For those that dream about heading out to the States and living the ‘American dream’, there is nothing quite like being on campus in dynamic New York City. The vibrant and energetic culture as well as first class educational facilities makes St. John’s a dreamy destination for prospective International students.

On your doorstep you have surrounding museums, galleries, libraries, theatres, bars, restaurants and so much more. Plus, with over 180 clubs and organizations at the College, there is sure to be something for everyone.

Stepping on to St. John’s campus you might not believe you are in the middle of New York City. Their Queens campus features plenty of greenery. There are also modern residence halls all a short ride away from Manhattan. 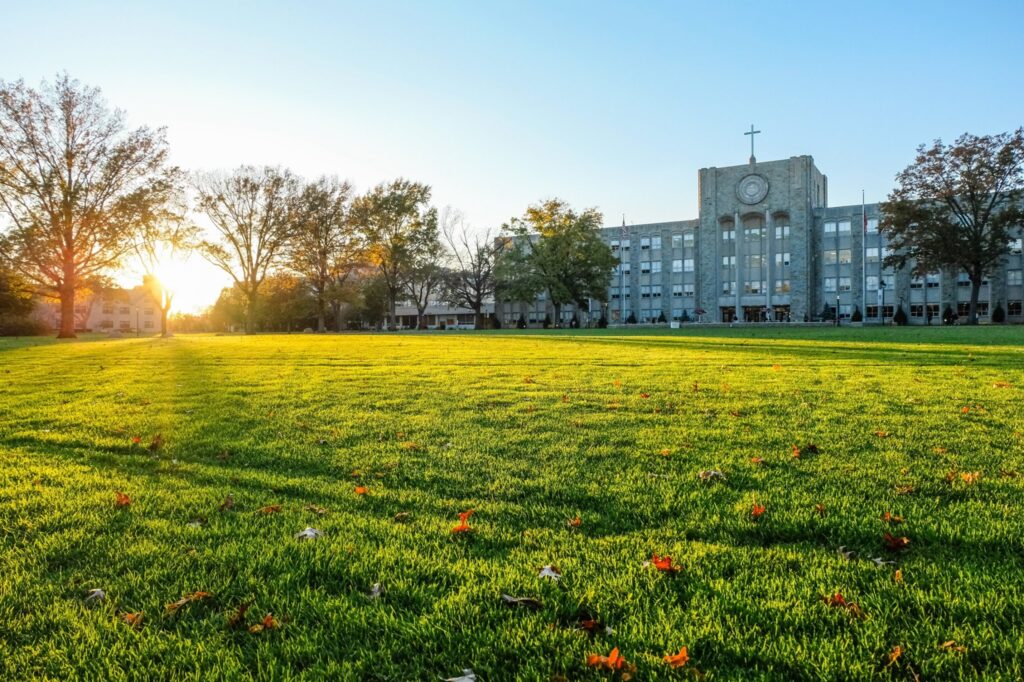 There are a number of housing options for new students with various living options from traditional and suite-style halls to apartment style housing. The Freshman Center works closely with these halls to bring opportunities to all freshman residents

Parents can also be assured about their children being fed well. St. John’s offers nine dining locations on the Queens campus.You can find out more about Residence Halls by visiting their official website here.

St John’s University Athletic teams are in the NCAA Division 1 programme. Known as the St John Red Storm, their men’s and women’s teams compete in the Big East Conference.

Looking to break into the top 20 nationally ranked teams this year, the Red Storm are known to recruit internationally and prioritize hard work and energy on the pitch when it comes to selecting the team. 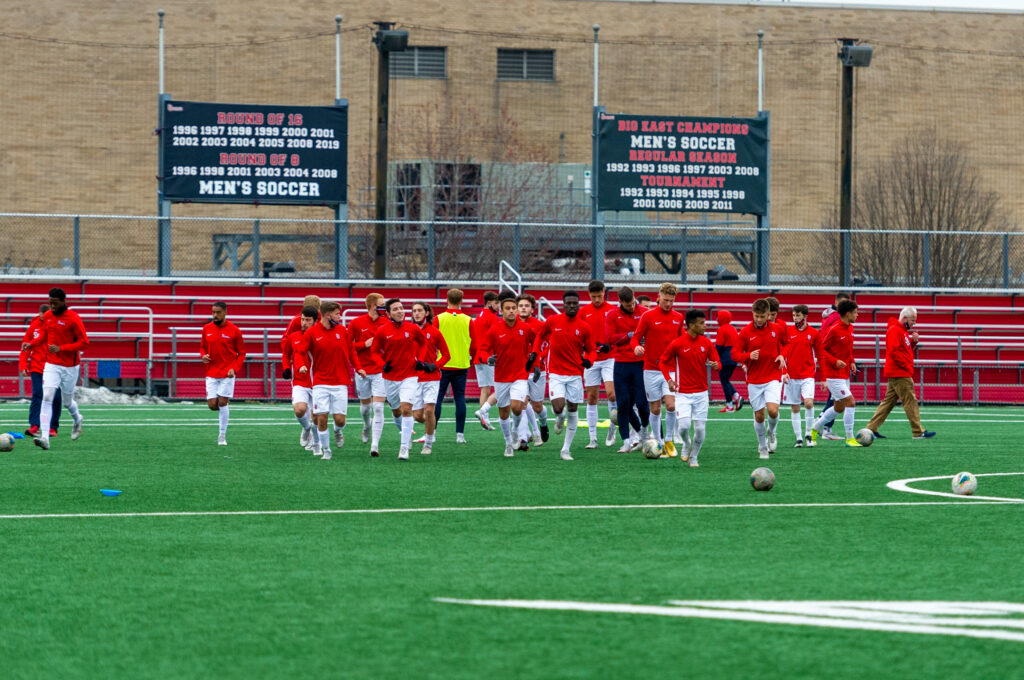 Their women’s team meanwhile are led by Ian Stone. Described as the “winningest coach in St. John’s women’s soccer history, Ian enters his 25th season in charge having led the team to numerous championships.

It was under Ian’s tutelage that current England Women’s international Rachel Daly got her big break. Having moved to the U.S on a soccer scholarship, she became the first Red Storm player ever to be drafted into the National Women’s Soccer League. 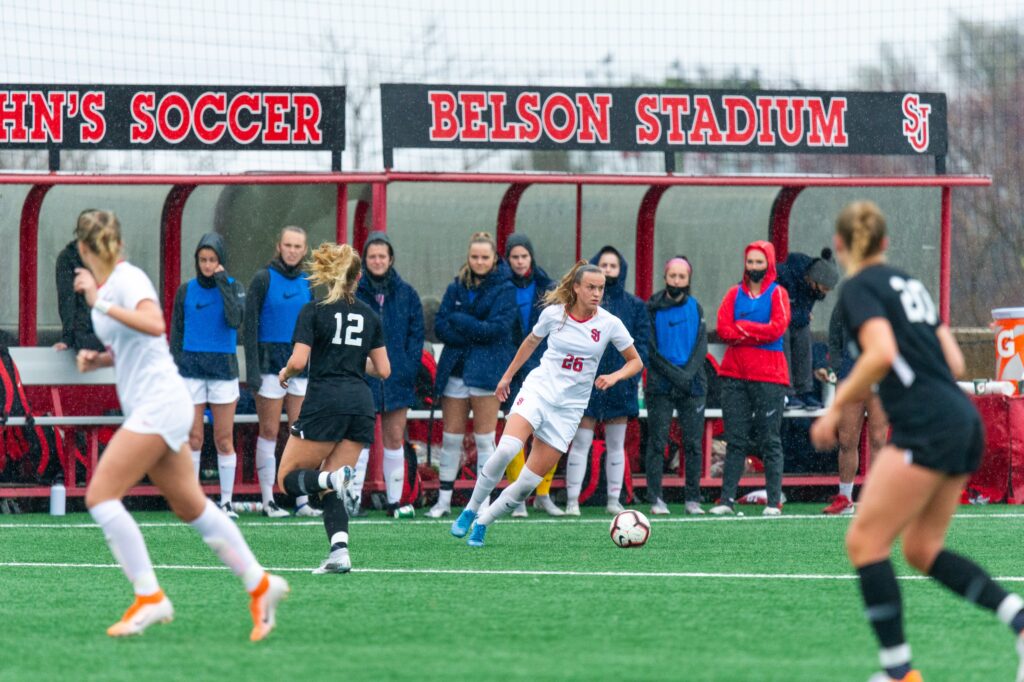 All of Red Storm’s home games are played at Belson Stadium, a state-of-the-art 2,300 seat stadium on the University campus in Queens. 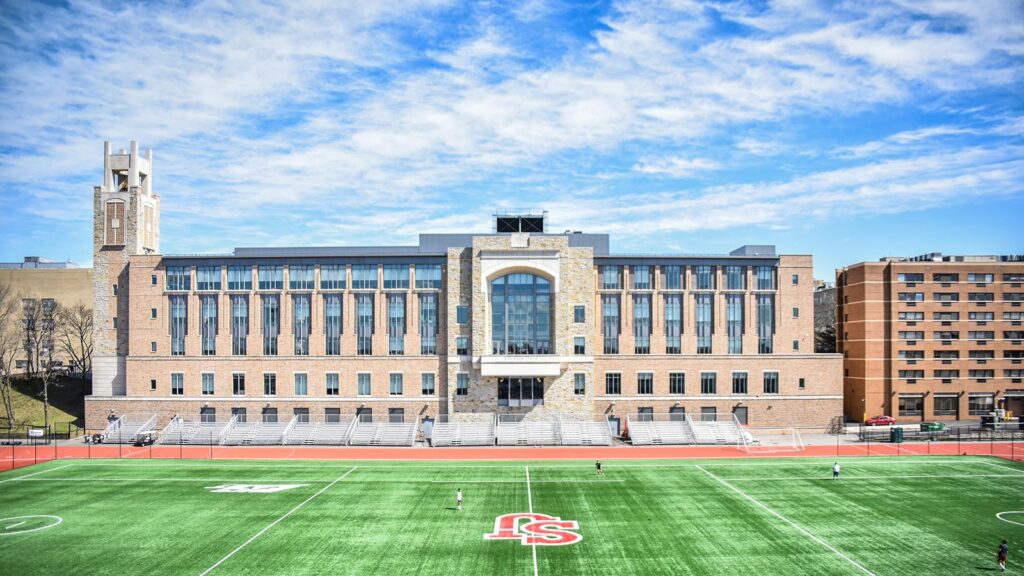